"MY NEIGHBOR SERIES: Capturing the Soul of America's Diverse City" 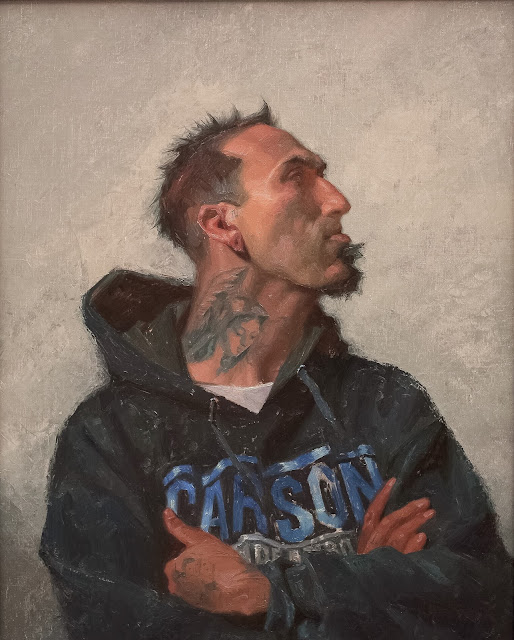 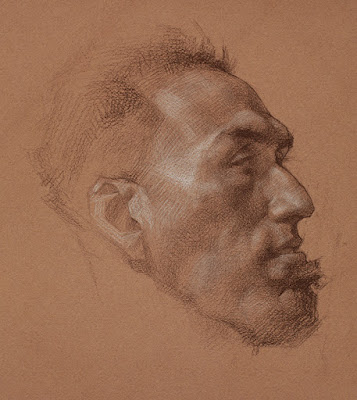 Ricardo Echevarria, “Ricky” is my  next door neighbor. His indoor soccer field is directly next to my studio. Ricky is a survivor of a horrendous car crash that left him in a coma for months and his face disfigured.  After many months of reconstructive surgeries and recovery, he was left unrecognizable even to his neighbors.  To hide from prying  eyes, he covered himself in tattoos that would grab all the attention. Ricky healed fully, his face is now truly beautiful  and he regrets his tattoo decision. Now, he gracefully shares with others the gratitude for the miracle of his recovery. He is supporting the local children’s soccer team and has built and runs a fully-regulated professional indoor soccer rink for the kids and adults. Ricky carries a truly noble and refined look of victory over unimaginable suffering and adversity. A local hero that every neighborhood should have. 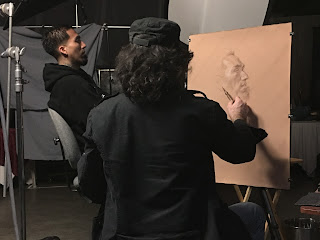 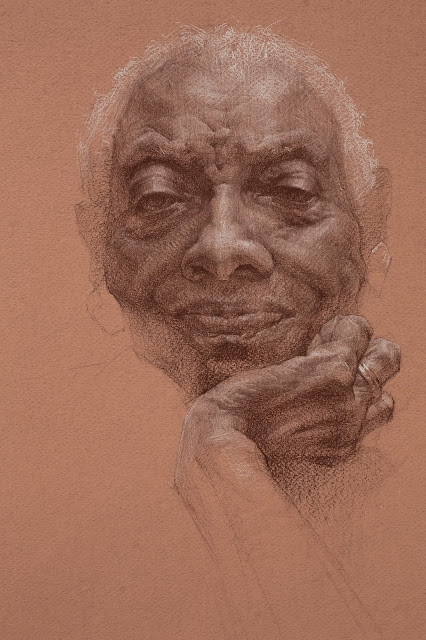 As one of Carson’s founders, Marry Ann O'Neal, is a true icon of the Carson community.  A great-granddaughter of slaves who grew up on a farm in Arkansas, this 90-year-young woman leads her life by example. She believes in serving others before self and to help a neighbor in need. Mrs. O’Neal is an inspiring, vibrant and kind human being, the kind that binds the world together. A rare soul, but one that still exists in every community. 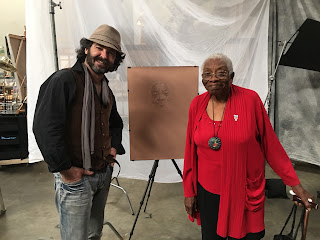 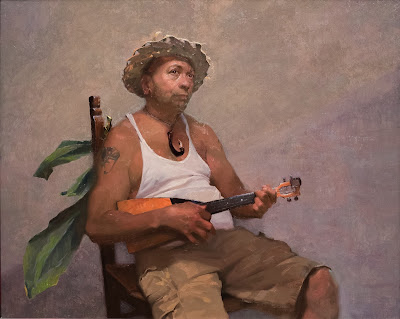 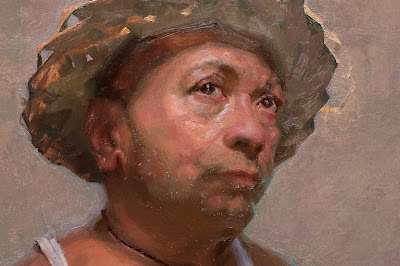 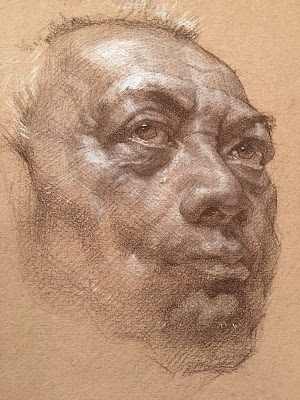 Uncle Lincoln has been my good friend and neighbor for ten years.
He is a native Hawai'i ukulele master who, along with his wife Auntie Sissy, a hula dance teacher, is deeply involved with preserving and revitalizing the Hawaiian culture and its way of life. "Ukulele Player" is an emotionally-charged representation of a truthful and authentic dedication to one’s cultural heritage. 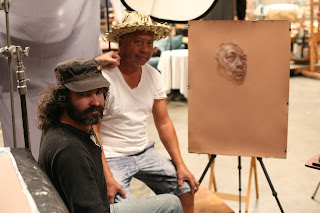